The State of the Union Address: A Landmark for Social Justice

Aside from his pointed comeback about winning both elections in his State of the Union last week, President Obama also did something no other in the office has before. He acknowledged the transgender community in a discussion of civil rights, which was a major critique of his inaugural address. Near the end of his speech, President Obama encouraged the public to “condemn the persecution of women or religious minorities or people who are lesbian, gay, bisexual or transgender.”

Notice, President Obama just acknowledged that each group listed above is being persecuted. While some may call it “just a speech,” it’s also a larger symbol of visibility for the LGBTQIA community. Just as with first-wave feminism when suffragists demonstrated at Woodrow Wilson’s inauguration, marched, and got arrested, acknowledgment by the executive branch is a major facet of attaining civil rights. The Constitution’s exact words on this duty is that the president “shall, from time to time, give to the Congress information of the state of the Union, and recommend to their consideration such measures as he shall judge necessary and expedient.” Ultimately, the State of the Union Address is more of a symbol than anything, but civil rights require progressivism both symbolically and politically to remain sustainable. Symbols create visibility. Until a community makes a form of oppression and silence visible, there can be no communal efforts to fight it.

The State of the Union Address serves both as a cultural symbol for political and cultural values, and the potential for cultural action in terms of LGBTQIA rights because it creates a pivotal moment to hold our government accountable. In fact, we are now reaching a time when transgender discrimination is bringing the constitutionality of the Americans with Disabilities Act into question. Moreover, with the wide range of demographics tuning in, it has the potential to start conversations we all need to have. We all need to ask questions, to read, to listen, to protest (if that’s your thing), to know your politicians and to vote. 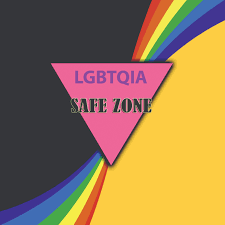 If you’ve been keeping up with our blogs on non-binary identities and asexuality, we clearly still have work to do. And by we, I mean anybody who accepts that oppression is ongoing and far-reaching in our everyday lives. However, the State of the Union was a landmark for feminism because we still need feminism to do away with the gender binary. By acknowledging and dismantling the way society ties behaviors, actions, and morality to biological traits, we have to work with and include the struggle of non-binary and transgender individuals in a larger struggle to combat all oppression based on one’s identity.

An essential part of fighting for equal rights is acknowledging the interconnectedness and intersectionality of different struggles. Equally important is celebrating an interconnected victory. Hopefully, our history can celebrate State of the Union as a landmark in visibility of issues on the bigger road to a culture in which people can just be people.

-A video of the full 2015 State of the Union Address

-The transcript of the speech

-If you’d like to know how you can contribute at UGA, please visit the Lambda Alliance @ UGA’s website

-Information on how to be an ally to the transgender community

Folk Art: The Art of The Marginalized